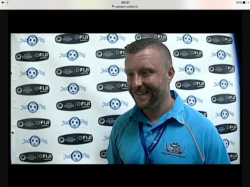 I am a UEFA A qualified football coach with coaching experience in UK, Georgia , Saudi Arabia and the Solomon Islands. As well as coaching I am also able to work as a strength and conditioning coach. From September I will be doing a second research masters. I currently hold a MSc in Sport Psychology and will do a MSc in Strength and Conditioning

I am also able to work within schools as I have taught in both mainstream and behavioural schools using sport as the medium.

Managed the team in the OFC Champions League Tournament.

Youngest manager to coach in the Saudi first division