The ‘Authoritarian Coach’ — A Thing of the Past? 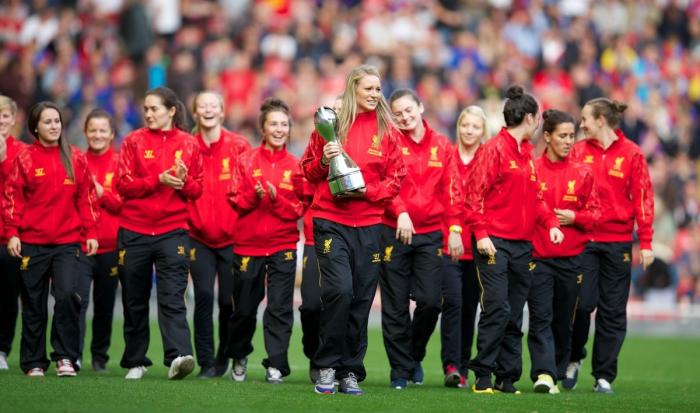 We've discussed, on a number of occasions, here at Coaching Conversations, the world in which we currently live. At large, we've discussed 'political correctness' and how we are living in a day-and-age where we are all expected to be politically correct; in our speech and in our actions. There is a grey area when it comes to coaching, so it would appear. There is a political and sports-based narrative that exists, whereby, people expect all members of a team to get the same thing (i.e., treated the same, same playing time, etc). In essence, there is an expectation of equality over equity which is its own issue and incidentally, is something I have a huge problem with. What we don't see too much of anymore; however, is authoritative coaches. It's rare that we see demonstrative coaches any longer, let alone coaches who show emotion - It's almost like a bad thing. But, the real question is, are the days of authoritative coaching dead and gone? Let's discuss.

Firstly, when we talk about authoritative coaching, what we're really talking about is the coach controlling the entire team with no input from anyone else. In essence, the coach decides on everything by themself and the team obeys. Additionally, there comes a certain level of behaviour and/or demeanour with this style of coaching. Due to the fact that the coach will have full control of the team with no secondary support/input, the coach is deemed to be the dominant figure and will likely hold him/herself in such a regard. More times than not, with an authoritative coaching style, the players and other staff in the team will simply look to this coach for everything and anything. It causes the coach to possess a certain swagger about them due to their level of superiority and level control over everyone.

From a player point of view, authoritative coaching, historically, strips the players of their individuality. It's incredibly difficult and perhaps next to impossible to express oneself when the style of coaching that exists in an organization is authoritative. It wouldn't even be so outlandish to say that the people in the organization (players, staff, and beyond) are viewed as subjects attempting to reach an objective measure. Most folks would point toward a lack of dignity or even outright lack of respect in this model of coaching. It lacks inclusion, diminishes meaning, and is void of overall purpose for the people involved in the organization.

Above all, because the coach has complete and total control of everything with no added help/input, what we can take from it is that this style of coaching is purely out of choice. It is of a coaches volition that they take on this role and this style. The level of human autonomy and personal expression is next to nil. So, we question how anyone can feel any bit welcomed in an organization that has a coach who possesses an authoritative style.

In everything I've said, one would deduce and conclude that I am far against authoritative coaching. In many respects, yes, I am. I don't utilize that style because it's not who I am and I know that the people in my particular set-up would not respond well towards it. In fact, I highly doubt that the majority of my players (past or present) would even want to play for me had I possessed such a style. Does that mean this style of coaching is completely dead and gone? No, it doesn't. It is slowly becoming a thing of the past. We are becoming more sympathetic and empathetic as we evolve as human beings. We are becoming more scientifically and technologically advanced insofar that we understand that there is more to performance than athleticism (i.e., sport psychology). Above all of that, we are becoming more socially conscious of our fellow peers/people we work with and their positions on certain issues and ways of being. As I often say, what once was is not what currently is.

The authoritarian coach is slowly being phased out but, there are still examples in all ranks of sports where these coaches still exist. In some cases, we see very successful sports teams and lower-level organizations as a result of this style. The thing is, in order for a coach to possess such a style of coaching, the people in that set-up have to be so mentally tough that they do not flinch at the sight of vulgarity or harsh criticism. If these kinds of people are in your set-up, the reality is that authoritative coaching might work - This is why it's so important for coaches to coach to the needs of their team and to know their audience.

Could you imagine, in most teams today, a coach absolutely losing their mind and having a real go at players? Probably not. We would call it inhumane, unsentimental, and insane. We would not associate that coach with being a reasonable or kind person. The thing is, some coaches aren't reasonable or kind but, can still maximize the talent that they have at their disposal while getting the most out of everyone on their staff. These people are few and far between but, they exist.

Again, to answer the question once more - Is the authoritarian coach a thing of the past? Yes, more and more, this coach is slowly being phased out. But, is this style of coaching dead and gone? Not by any means. This style of coaching is just that - a style. 1 in every 50 or 100 coaches might utilize this style - and you'll know it when you see it because it will be an extreme level of governance in which the person in charge will impose their will and dominion in ways that aren't easily describable by the modern English language.

As crazy as it is to say, I've seen it work. But, more times than not, I've seen it fail. We don't see this style of coaching too much anymore primarily because of the world we live in - Whether that is for better or for worse is completely subjective and is another debate on its own. The reality of it is, authoritative coaching isn't prevalent like it was in say the 70's, 80's or 90's - We can even throw the 2000's into that mix if we'd like. We play and coach in a new era of athletics. Chiefly, we live in a new era of expectations. While this style of coaching is still alive, it is becoming less and less evident - We can call it a dying breed.

Regardless, let's not be fooled - There are coaches like this out there - You'll know it when you see it. The biggest thing I can suggest is that we don't take these coaches as monsters with no self-regard for human life - This style can be successful but, you need the most mentally tough people that this earth can produce in order for it to work.